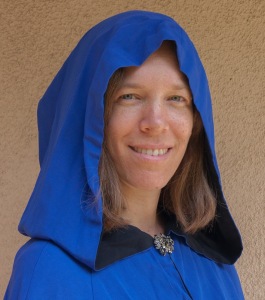 I am excited to be continuing my participation in the Heartsong Blog Tour. Today, I will be hosting Annie Douglass Lima here on my blog for an interview. I am excited to learn more about her, about Heartsong, and about her writing process. First, let’s learn a bit about Ms. Lima.

Annie Douglass Lima spent most of her childhood in Kenya and later graduated from Biola University in Southern California. She and her husband Floyd currently live in Taiwan, where she teaches fifth grade at Morrison Academy. She has been writing poetry, short stories, and novels since her childhood, and to date has published eighteen books (fantasy, YA action and adventure novels, a puppet script, anthologies of her students’ poetry, and a Bible verse coloring and activity book). Besides writing, her hobbies include reading (especially fantasy and science fiction), scrap booking, and international travel.

Now it’s time for some questions. Hello, Annie, and thank you for joining us today. Please tell us, how did you come up with the idea for Heartsong?

I had a dream a few years ago in which I was the only human living on an alien world, with one particular alien in charge of my education and integration into their culture. I played with the idea in my mind for quite a while, adjusting and developing it, until eventually it was substantial enough to be the basis for a plot. And thus Heartsong was born!

What is the single biggest challenge you faced when writing your book?

Heartsong is about a human girl who encounters an alien race that’s never had any contact with humans before. Creating the Somavian culture was a challenge to me, because it was so hard not to take elements of cultures from Earth and just assume they would be universal. Even something as simple as pressing a button on a technological device, for example. Would aliens necessarily come up with the idea of pressing buttons? And how about furniture? Just because Somavians’ bodies are shaped similarly to humans’ doesn’t necessarily mean they would design and use furniture in the same ways. And then there’s communication, transportation, employment, clothing, currency, art, music, government. Everything either had to be totally different than on Earth, or there had to be good reasons why it would have developed similarly on Somavia. And of course it all had to be consistent, with every detail joining together to create a cohesive picture of Somavian culture. It was tricky, but I enjoyed the challenge!

Can you recommend any books/authors that inspire you?

Yes! Anything by Anne Elisabeth Stengl or KM Weiland is awesome. I also really like Michelle Isenhoff’s books.

I always begin by outlining my plot two or three different ways, including jotting down brief summaries of what will happen in each chapter. The details change as I go along, and I always end up with more chapters than I originally planned, but I really need that structure to get me started and keep me focused as I write. In this case, I did most of the planning and prewriting in October of 2015, in preparation for drafting the novel during NaNoWriMo (National Novel Writing Month; November).

Drafting a 120,000-word novel was not an easy task to complete in a month while working as a fulltime teacher! I love my day job and would never want to quit, but I often wish it left me with more time for writing. One of the secrets to my NaNoWriMo success was getting up early most days and putting in an hour or two of writing before school started. Sometimes I set my alarm for as early as 4:30 a.m. Fortunately, I am a morning person, but it was still hard to get up that early! I pulled some late nights, too, and that was even harder for me. On Saturdays and Sundays I often spent all afternoon writing (mornings were for church and errands).

When November and my rough draft were finally behind me, I let the dust settle for a couple of months before I opened the manuscript again. Then I began the gradual process of dealing with the different marginal notes I’d written as I went along, mostly related to information I needed to add or look up. After that came multiple rounds of revising and editing, with breaks here and there to focus on other books that temporarily pushed their way to the forefront. After that, I read the book aloud to my students, whose responses helped me see where I needed to make changes. Then of course there were beta readers to enlist and their feedback to apply, and my professional editor to read through the whole thing and suggest more changes. After that, Heartsong was finally ready to meet the world!

Are there any characters in Heartsong that you DID NOT get along with while writing this story?

Yes, one. That would be Amelia Chang, the Taiwanese governor of a multicultural human colony in a distant part of our galaxy. She was a hard character for me to write, because she represents a certain (not necessarily pleasant!) side of my own personality. She is strict, you might even say harsh, and yet she makes the choices she believes are in the best interests of those for whom she is responsible. The teenage main character doesn’t get along with her at all and is horrified by some of the things Governor Chang does (and I believe readers will be too). And yet I don’t intend for the governor to come across as a monster or even a villain (though some may see her as both). She’s simply a well-meaning leader with a difficult job in a difficult time, doing her best to protect those under her care … whatever it takes.

What is one thing you hope readers take away from this book?

Sing your true heartsong. And don’t be afraid to sing the heartsongs of those you can represent to others who need to hear them. (That will make sense after you read the book!)

I’m putting the finishing touches on a fantasy novel called King of Malorn, which I hope to release on August 1st. It will be book 5 in my Annals of Alasia, and revisits the original characters in a new adventure that takes place five years after the other books.

Bonus: You come face to face with a dragon–what do you do? 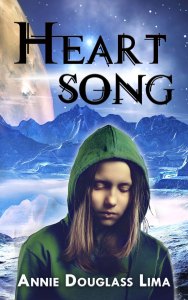 A fun fact about this book…I had the extreme honor of being able to design the cover for this amazing novel. Annie made my job easy, because she already had a background image that she had fallen in love with, that almost perfectly fit her story world. We then began the arduous task of finding a young model that would describe Liz, her bookworm heroine. After several attempts, we finally decided on this amazing version of the cover.

Now, about the story!

No reality she can trust.

Thirteen-year-old Liz Smith has been ripped away from one foster family after another for years, so the idea of a permanent home is tantalizing. Who cares if that home is a colony sixty-five thousand light-years from Earth? The friends in her trusty e-reader will keep her company just fine on her interstellar relocation.

But when the adventure of a lifetime turns into the disaster of the cosmos, Liz can only retreat so far into the books that have always sheltered her from loneliness and loss. Trapped in half-truths and secrets that leave her questioning reality, can one orphaned bookworm find a way to stop two races from destroying each other … and somehow write a happy ending to her own story?

If you like books about space travel, aliens, or cross-cultural transitions, you’ll love this poignant science fiction adventure. Get your copy of Heartsong now to start the journey today!

Purchase your copy of Heartsong today!