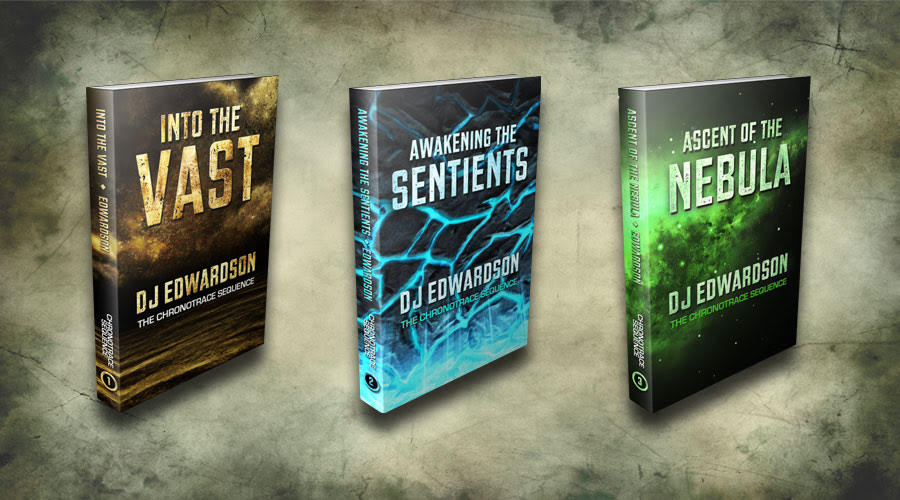 Today I have the honor of inviting a new acquaintance of mine over for a chat. Please welcome Mister DJ Edwardson, author of The Last Motley, a fantasy MG novel which I am beyond eager to read, which can be purchased here and The Chronotrace Sequence, a science fiction series for YA, which can be purchased at this site. It’s been a while since I read any new science fiction, so I’m hoping to get a copy of his first book to check it out. I’ve always been a huge fan of clean science fiction and fantasy, and it sounds like that is exactly what DJ produces.

Bio: DJ Edwardson has a degree in English from Cornell College where his emphasis was on the works of Shakespeare. He’s tried his hand at both acting and directing in the theater, but these days is happiest with a pen in his hand. He lives in Tennessee with his wife and three children and a rather large collection of board games. His family usually gangs up on him so that he doesn’t win, but he has fun anyway.

What first drew you to write? How did you get started?

Well, like many authors I suppose, I was an English major in college. And though I loved reading, which was where the focus of my studies was, I really loved the writing courses especially. For a while I thought about journalism though. I didn’t really have any aspirations of writing novels.

Then after college I was in Honduras working at an orphanage and I had a lot of time to think. No TV, foreign country, not a terrible lot of friends, you get the picture. And I came up with this idea for a story: what if there was only one Christian left in the world?

So, I scribbled down fifty pages or so in a notebook and then…I got married, moved back to the states, and though at some point I transferred that story to a computer document, I never really thought a whole lot about it after that.

Fast forward many years later and I was part of a book club and really getting excited about stories again, for the first time in a long time. And another guy in the club was working on a short story and he said, “Hey, would you take a look at this?” I said, “Sure,” and that got me thinking about my unfinished novel. I asked him if he’d take a look at it and he was very encouraging. We started exchanging our work and that is when I started writing in earnest. That would have been around 2009, I think.

And the rest, as they say, is history-or actually science fiction, to be more accurate!

So that first book turned into a science fiction series of three books and now you’ve just released your first fantasy novel. What’s it like writing in two genres?

Very, very different. They’re both alternate realities with invented worlds, but the similarities pretty much end there.

The Chronotrace Sequence, my sci-fi series, takes place on this totally, inhospitable planet. There’s technology everywhere, but nothing green, no plant life, no animal life. It’s all metal and sand.

The Last Motley, my fantasy book, is sort of an idealized medieval world with towns and rivers and forests and all the rest. It’s so much more full of life, full of color. And of course the magic is particularly colorful in this book. You might get an inkling of that just looking at the cover. The way magic is portrayed is one of the things I think that makes the book stand out.

And the changes spill over to the characters as well. There’s a lot of doubt, ambiguity, and uncertainty in the mind of the main character of the Chronotrace. He’s not jaded or skeptical, but he’s had his memory erased so he’s constantly playing catch up, off balance, unsure of what is going on.

The main character in The Last Motley is out of his element as well. He’s just a tailor and he’s stumbled onto this wild, magical curse that’s threatening the world, but he has strong relationships with his family to fall back on so he’s more grounded. It’s also a much more intimate story with a strong family element woven in right from the beginning.

So, yeah, lots of differences. Writing in one world is a bit like wearing jet boots: total novelty, but unstable, and always a bit off-kilter, and the other is more like an old pair of slippers: comfy, familiar, and they just sort of mold to your toes in the most natural way possible.

So you’re independently published. Did you try to go the traditional route first? Talk about how you landed on this path?

Yeah, well at first I really didn’t even know self-publishing was an option. So, I tried finding an agent. I probably wrote the worst query letters in the history of writing because I didn’t even get form letters back for rejection, just silence. Maybe I did get one or two rejections, but that was it.

Then I stumbled across this author commenting on some post on the internet and claiming to have made $25,000 on her latest release and it had only been out for like 6 months or something. And she said she only paid around $800 for editing and her cover and everything. That’s when I started researching that angle.

Then I went to a writing workshop with a local author who was published by Harper Collins. He was a first-time author, but he said that his publisher was basically just editing his book and giving him a cover. They really weren’t doing anything in terms of marketing.

I started looking at the horrific amount of time it took to go from finished manuscript to print, the awful pay for traditional authors, the fact that they can pull your books for whatever reason, and I took all that in and it just seemed like I would be foolish not to at least give the independent route a go.

If your writing style could be compared to any other writer, who would it be?

Ooo, that’s a tough one. I think I’m probably the least objective person on the planet when it comes to my own writing. My writing might sound like Kermit the Frog for all I know.

But a few reviewers have compared my writing to Lewis and Tolkien, and even George MacDonald. And I know they’re being wildly generous when they say that, but I suppose to some degree we write what we love, don’t we? I mean, actually, Lewis’ Space Trilogy was a conscious inspiration for The Chronotrace Sequence. So, yes, I suppose the kinds of things I write maybe just maybe could be considered in the same wheelhouse.

I’m trying to write very wholesome, good, beautiful stories, with a magical, otherworldy and yet eternal air to them, which are the sort of things that they wrote. Stories that will stand the test of time. I’m not really out to entertain or to try and write what’s popular, what’s in vogue at the moment. I want my stories to have that mythopoeic, timeless feel, which of course Lewis and Tolkien were masters of.

I’m still learning, but if I ever write anything half as good as they did I’ll be thrilled. 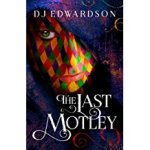 Thanks for joining us today, DJ!

Don’t forget that you can purchase copies of his books here at his website, which is quite spiffy, if I do say so myself. So please hop on over and sign up for his newsletter to keep on top of upcoming releases and make sure to snag a copy of his newest book, The Last Motley. The cover is simply stunning, don’t you agree?

One thought on “Interview with DJ Edwardson”